Splenda may not be splendid 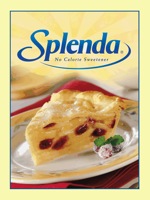 A recent study in the Journal of Toxicology and Environmental Health has found that Splenda, a commonly used artificial sweetener, had numerous adverse effects when given to rats, including (1) reduction in beneficial fecal microflora, (2) increased fecal pH, and (3) enhanced expression levels of P-gp, CYP3A4, and CYP2D1, which are known to limit the bioavailability of orally administered drugs.

One of the most significant findings, to me, is the alteration of gut flora — this is the kind of thing that has long-reaching effects for overall digestive health. I was also intrigued to note that Splenda does, in fact, contain other sugars — maltodextrin and glucose.

Once again, it looks as though there’s no free lunch.

Splenda is comprised of the high-potency artificial sweetener sucralose (1.1%) and the fillers maltodextrin and glucose. Splenda was administered by oral gavage at 100, 300, 500, or 1000 mg/kg to male Sprague-Dawley rats for 12-wk, during which fecal samples were collected weekly for bacterial analysis and measurement of fecal pH. After 12-wk, half of the animals from each treatment group were sacrificed to determine the intestinal expression of the membrane efflux transporter P-glycoprotein (P-gp) and the cytochrome P-450 (CYP) metabolism system by Western blot. The remaining animals were allowed to recover for an additional 12-wk, and further assessments of fecal microflora, fecal pH, and expression of P-gp and CYP were determined. At the end of the 12-wk treatment period, the numbers of total anaerobes, bifidobacteria, lactobacilli, Bacteroides, clostridia, and total aerobic bacteria were significantly decreased; however, there was no significant treatment effect on enterobacteria. Splenda also increased fecal pH and enhanced the expression of P-gp by 2.43-fold, CYP3A4 by 2.51-fold, and CYP2D1 by 3.49-fold. Following the 12-wk recovery period, only the total anaerobes and bifidobacteria remained significantly depressed, whereas pH values, P-gp, and CYP3A4 and CYP2D1 remained elevated. These changes occurred at Splenda dosages that contained sucralose at 1.1-11 mg/kg (the US FDA Acceptable Daily Intake for sucralose is 5 mg/kg). Evidence indicates that a 12-wk administration of Splenda exerted numerous adverse effects, including (1) reduction in beneficial fecal microflora, (2) increased fecal pH, and (3) enhanced expression levels of P-gp, CYP3A4, and CYP2D1, which are known to limit the bioavailability of orally administered drugs.