Slow down, you eat too fast/Got to make the dinner last

Wolfing down meals may be enough to nearly double a person’s risk of being overweight, Japanese research suggests.

Osaka University scientists looked at the eating habits of 3,000 people and reported their findings in the British Medical Journal.

Problems in signalling systems which tell the body when to stop eating may be partly responsible, said a UK nutrition expert.

He said deliberately slowing down at mealtimes might impact on weight.

Compared with those who did not eat quickly, fast-eating men were 84% more likely to be overweight, and women were just over twice as likely.

Those, who, in addition to wolfing down their meals, tended to eat until they felt full, were more than three times more likely to be overweight.

Professor Ian McDonald, from the University of Nottingham, said that there were a number of reasons why eating fast could be bad for your weight.

He said it could interfere with a signalling system which tells your brain to stop eating because your stomach is swelling up.

He said: “If you eat quickly you basically fill your stomach before your gastric feedback has a chance to start developing – you can overfill the thing.” 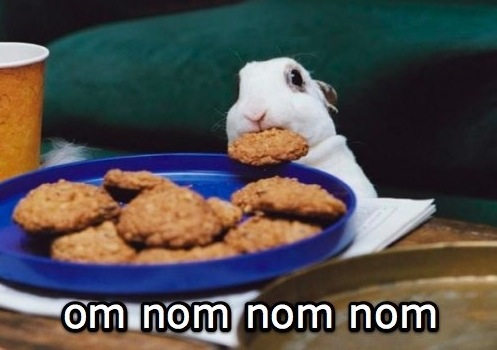