Having grown up in the 70s (BTW guys, there’s no apostrophe), the concept of “70s Big” always cracks me up. For those of you born after Magnum PI, you have to understand that the 70s was a very earthy, hairy, body-positive kind of time where the human physique was frequently revealed in all its resplendently awkward glory.

And it was a time when people trained in gyms with cinder block walls with free weights and — if things were fancy — a few leg curl machines that smelled of old leather. When people wore knee socks unashamedly and most lifters were big because they ate steak and drank milk.

As the 70s Big site explains:

“It’s currently in vogue to have a spindly, thin appearance which is typically accompanied by a low body fat percentage. Regardless of why this has come to be, those who have such an appearance are not very useful. Imagine asking someone of this ‘stature’ to help you move your car out of the road, haul some lumber, or even fend off a potential zombie attack. It simply wouldn’t be feasible.”

So, 70s Big is about keepin’ it real, shaggy, and strong as heck. On that note, here’s a fun piece about squatting, ripping the ass out of your pants, and what it means to be a 70s Big chick.

I don’t know whether it was the KB swings, or the 100-rep deadlifts, all my sitting and BJJ yanking my pelvis into hyperlordosis, or just a little extra squeeze in my ass cheeks as I walk to practice recruiting the lazy medius and minimus, but my ass has definitely gotten larger and more in charge lately.

I turn around and it’s like BAM! There it is! Two cannonballs defying gravity back there! You could put a tray of drinks on that bad boy! I feel totally J Lo and I love it.

“You have to show your ass,” says my fashion consultant sister, who shortens my sweaters, snuggifies my shirts, and takes away my baggy pants, making me wear leggings and Sir Edmund Hillary boots, a combo that makes me look like Leela from Futurama (purple hair included, BTW). 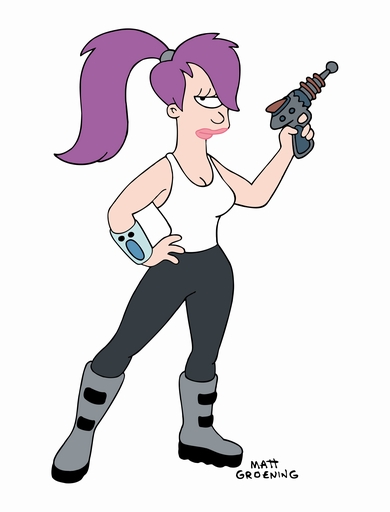 As a girl with a WASP brain in an Eastern European body, I am initially stumped by this “show your ass” concept.

I spent my first two decades strategically tying sweaters over my pear-shaped frame, envying the bony boy asses of models, then the subsequent two decades more or less not thinking much about the posterior at all. I knew my ass-to-grass squats were taking care of hip extension so I didn’t really concern myself with what the booty was doing.

Like a lightbulb boy working on his beach muscles (i.e. pecs and biceps), I spent way too much time focusing on the stuff I could actually see — although unlike a lightbulb boy, I actually trained my legs. I rocked the quads so hard I sometimes forgot that there was something that prevented my pelvis from driving two stabby points into my chair.

Enter BJJ in 2007 (hip bridging), judo in 2008 (trying to make people trip over my ass), and Bret Contreras with his glute analysis in 2009 (violating a barbell in public). Recovering enough from my back injury in the early 2000s to start deadlifting again, sumo-style this time, using high-rep sets to rebuild the endurance of my spinal erectors. My crazy ideas about shit like 50-rep sets of 1 full Olympic clean every 30 seconds… and then every 20 seconds… and now working on 1 per 10 seconds…

And finally, acquiring my own adorable little set of vinyl-covered kettlebells to swing. (Yes, although I stand against the concept of adult women lifting pink 1-lb dumbbells like it has some kind of point, I still like pink-coloured heavy weights. I wish my Olympic bumper plate set came in shades of pink. Fucking deal with it.) I swung and swung, repeating Dan John‘s mantras in my head: If it’s important, do it every day. And pull your thumb to your zipper!!

Little did I know that all this humping, bumping, and trying to kick people behind me would amount to something. Two somethings, technically. Possibly with their own sentience.

This is especially interesting at a time when asslessness seems to be en vogue.

I like a good caboose on people, so it’s visually painful to walk around the streets of Toronto and observe urban hipsters whose droopy pants hang sadly, plumbline-straight — or worse, concave — from their lumbar spine to their knees. (On the other hand, Lululemon actually makes guys’ pants for “hockey butt”, so if you have a hind end that earns the envy of all the other crimson-cheeked baboons in your posse, get thee to Lulu and stuff the spheres into their accommodating wares.)

No matter what your size, if you don’t get regular activity you are doomed to have a spine like a question mark and the body language that goes with it. As Will Brink used to say, You need a big hammer to drive a big nail. A strong ass means a happy spine. A strong ass is a great foundation for a fit and healthy physique.

Be ass proud, people! Squat, deadlift, run and jump. Make your bum do its job, as Geoff Girvitz of Bang likes to say. It’s the biggest muscle group in your body, so put it to work.