It’s a lazy Sunday and I’m eating lunch, flipping thru TV channels. I stop on an infomercial for Pilates.

As usual it promises all sorts of things: “longer, leaner muscles” (shyeah right), dropping dress sizes (fine print: if you follow their “suggested eating plan”), better posture (this, at least, is plausible), etc.

But the part that makes my jaw drop and bits of tuna dribble down my chin is the chat with the Spokesmodel Du Jour. Spokesmodel, in a fuzzy-focus heart-to-heart chat with the motherly yet taut Pilates instructor, confesses that after only a few sessions of the majik Pilates:

“I looked in the mirror and there was an actual gap between my thighs! I haven’t seen that since I was eleven!” 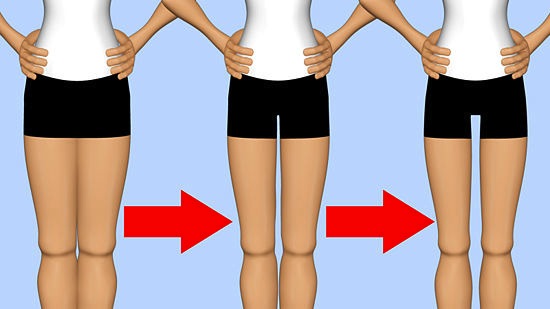 The arrows are definitely going in the wrong direction here. Time to squat!!!

Try to imagine, if you will, this conversation with different genders.

A Spokesboy excitedly relates to the Pilates Dude:

“I looked in the mirror and there was a ribby pigeon chest! I haven’t seen that since I was eleven!”

Then, we’d think: what is wrong with this man that he wants to emulate a body he had before he hit puberty?

Some of us might even wonder at the sexual proclivities of a male that attempts to retain an eternal childhood (think Michael Jackson).

This Pilates exchange reminds me of a scene from my undergraduate class this year.

We are discussing body image and the media. My students, who are mostly aged 19-21, and almost all female, are expressing their discomfiture with socially imposed standards of body norms.

While on the subject of clothing to fit a variety of bodies, it comes up that a few students are bummed that they can no longer fit into clothing from the children’s department.

Again, I try to imagine an adult man standing in the children’s department, clutching a pair of Superman Underoos sadly, melancholy over his lost puny urchinhood.

Why are adult women giggling like morons over achieving a child’s body, or trying desperately to find a slinky evening dress in GapKids?

Would we be so excited about retaining other aspects of childhood?

Oh sure, it’s fun to throw the frisbee around, laugh at fart noises, eat birthday cake chocolate-icing-first, and play hide-and-seek with the dog, but would we be quite as thrilled about wetting the bed, having our parents give us an allowance/ground us/tell us when to go to sleep, and other adults patting us on the head patronizingly and lying to us about reality (“Rover’s just sleeping, honey!”)?

Why do we chase an inappropriate ideal?

I can understand that many people, male and female, are hesitant to accept many of the responsibilities that come with the Carlsberg Years. Mutual funds and mortgages make boring party conversation, body hair can develop a sentient consciousness and migratory instincts, and having to pay taxes and get up in the morning (or evening) for work is a drag.

Undoubtedly many folks long for the apparently carefree lifestyle of youth (although personally I think it’s way more fun to be an adult who makes enough money to have fun in the way I couldn’t afford as a teenager).

But pleasantly reminiscing about the joys of youth is different from fetishizing the physical incarnation of a child.

Adult women are adult women, with breasts and hips and butts and bellies, with saggy bits and wrinkly bits and bits that you can’t bounce a quarter off (just for the record, though, I’m not condoning throwing change at children to test their tensile properties).

Adults have jobs (or they go to grad school and hit the snooze button on a career, like me) and they pay bills and they are often in charge of other peoples’ lives and they do stuff and know stuff, and that’s what being a grownup is all about. 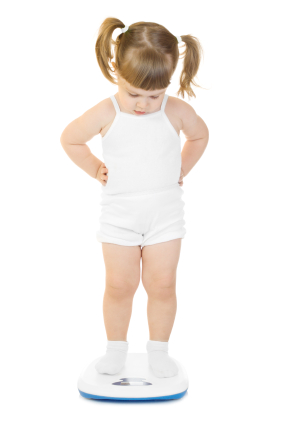 You are not a child; you are not a teenage girl (uh, unless you are a teenage girl, and then that’s cool, and you more than anyone else know how darn gross and icky it is when your mom tries to fit into your clothes).

It’s creepy and sad to idolize children’s bodies as the ideal.

Why not enjoy fulfilling your adult potential instead of spending all your time and energy on arrested development?

Besides, it’s important to be bigger and stronger than a child so you can kick their butts for the first piece of chocolate-frosted cake.