This weekend I was shopping at the local market. I got hungry and wanted a protein bar. 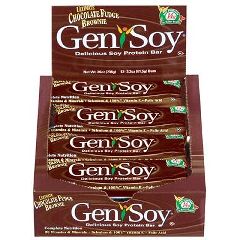 I popped into a health food store which I know sells them. I was confronted with a floor to ceiling rack of bars. I stood reading the labels.

Can’t a woman get some plain whey any more?

I left without buying anything. As we were leaving, I said to the friend who was with me, “Dammit, all they have is that soy crap!”

Soy is the new “Super Ingredient” in food products.

Soy is supposedly good for women.

Soy is the Messiah.

Soy will save us from illness and existential trauma.

But wait a minute.

Soy ain’t all it’s cracked up to be.

Soy contains phytoestrogens, plant chemicals that act like estrogens in humans. This is why some people tell menopausal women to take soy. 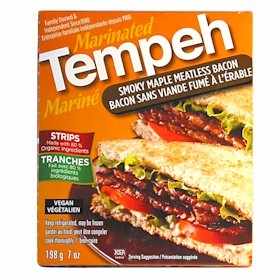 However, messing with your hormones randomly and without a standardized dose can be dicey. When combined with other sources of estrogens like HRT or oral/injected contraceptives, or xenoestrogens from environmental chemicals,that’s a crapton of estrogenic molecules floating around in your body.

Soy has been implicated in thyroid problems. It can exacerbate existing thyroid dysfunction symptoms, and trigger an unnoticed thyroid condition. Given that many people, especially women, have an undiagnosed and/or subclinical thyroid problem, this is significant indeed.

Soy can inhibit or depress the synthesis of important thyroid hormones. The thyroid plays a major role in helping us maintain a healthy weight and body composition. If it goes out of whack, you can start piling on body fat and losing lean mass.

Soy isoflavones, taken in sufficient quantities, will stimulate breast growth in males (I’ve seen do-it-yourself breast growth in male-to-female transsexuals who used soy to do it). An interesting study from Germany looked at soy versus casein protein in rats; the rats who were fed the soy formula had a lower rate of energy expenditure, aka a slower metabolism (bear in mind, though, that humans aren’t rats).

Soy contains antinutrients (substances that interfere with the digestion or absorption of other things, such as minerals or proteins). These include protease inhibitors (stuff that blocks proper protein breakdown) and lectins (plant proteins that can cause intestinal damage).

Soy is one of the top food intolerances or allergens. The Food and Agriculture Organization of the United Nations (FAO) includes soy in its list of the 8 most significant food allergens. Soy intolerance — with milder symptoms such as stomach upset, skin issues, etc. — is subtler but still relatively common.

Moderate consumption of soy, particularly traditionally prepared forms of fermented soy (such as natto) may have some benefits for some things in some people, but there appears to be mounting evidence that overconsumption of soy can be detrimental.

Now, I’m not saying that you have one slice of tofu and immediately grow a goiter.

The problem is the amount of soy — especially processed soy — consumed.

If you push soy products into your gob in large quantities several times a week, you could be in for problems.

If you have the occasional tofu hot pot at your favourite Szechuan restaurant, then you’re probably fine.

Soy is not safe simply because it is natural, and it is not a cure for everything that ails you.

We tend to clutch superstitiously at food fetishes, and get myopic in our desire to eat well.

We look to one food to be magical.

In this well-meaning endeavour, we miss balance and moderation.

Soy will not save you from the boogeyman, so put the soy bacon back and jeez, have something that actually might taste good.